This limpet is widespread from west Africa to northern Norway, although less common in the North Sea, in the sublittoral down to about 850m. It is occasionally found at the extreme low water mark. It is commonly found on stones and shells, particularly those of scallops and is a suspension feeder; it feeds on small particles within the water column. They are protandrous consecutive hermaphrodites, maturing as a male and then changing to a female, with breeding thought to occur in late spring. 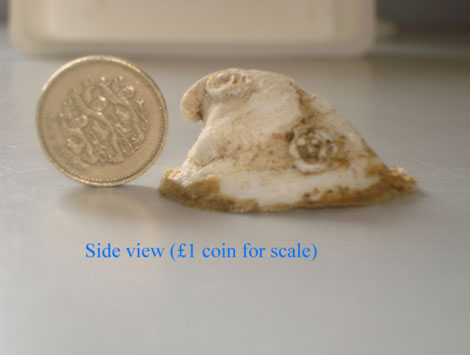 This limpet measured 39mm long, 41mm wide and 19mm high. It was found attached to the flat shell of a scallop which had a shell width of 133mm. 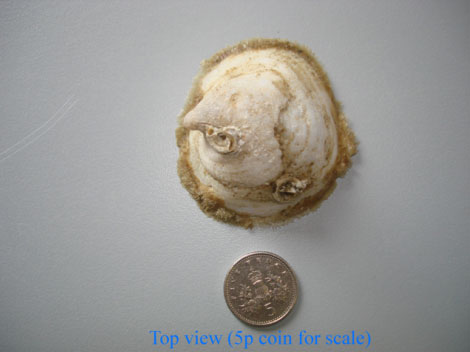 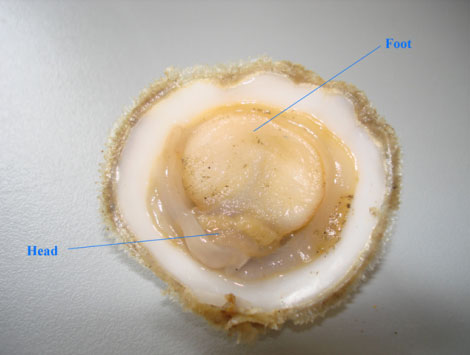