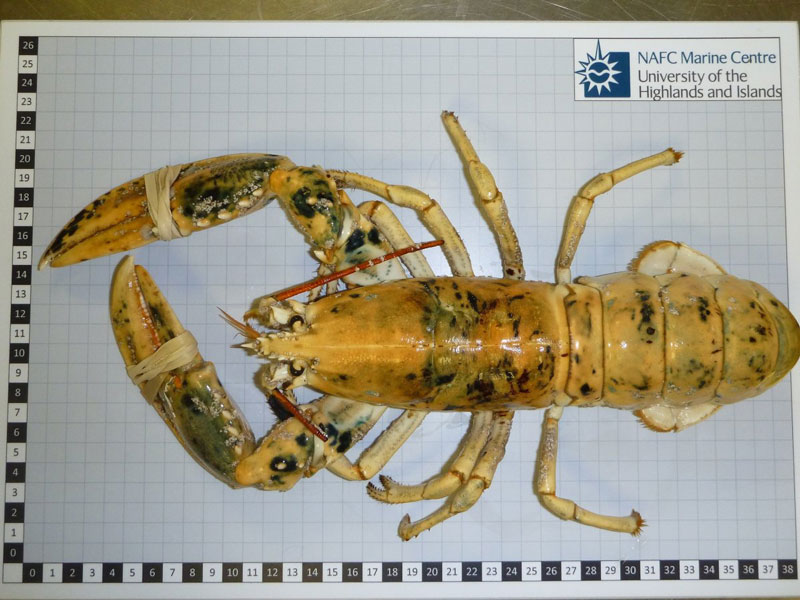 This specimen of an albino lobster was caught off south Yell in September 2014 by the Shetland Fishing Boat Elsie M (LK 126).

European lobsters (Homarus gammarus) are large, clawed crustaceans that occur across the north-east Atlantic, from North Africa to northern Norway. They can grow up to about 60 cm (body length) and 6 kg in weight. Like other crustaceans, they have a hard exoskeleton which they must shed in order to grow through regular moults. Adult lobsters usually live at depths less than 50 metres, and prefer hard sea-beds such as rocks or hard mud where they live in holes or crevices. They emerge to feed at night, mainly on other invertebrates, such as crabs, molluscs, sea urchins, starfish and worms.

European lobsters are usually dark blue on top with a pale yellow underside (they only turn red when they are cooked). But a variety of other colours do occur, including light (or 'electric') blue, light purple, yellow and completely white.

Lobsters fetch a high price and are the target of an important fisheryby small boats, which catch them with baited creels.

This specimen was caught off south Yell in September 2014 by the Shetland Fishing Boat Elsie M (LK 126). It was brought to us for V-notching under the programme run by the Shetland Shellfish Management Organisation (SSMO). Under this programme fishermen bring in berried (egg-bearing) female and large male lobsters to have a V-notch cut in their tail by staff, before returning them to the sea. The programme is a conservation measure as 'V-notched' lobsters cannot subsequently be landed or sold.

The specimen was a berried female. It was not completely white, but rather a yellowish cream colour with small patches of bluish pigmentation, particularly on the claws. (An individual that has a distinct lack of pigment - not necessarily a total absence of pigment - can be classed as albino. 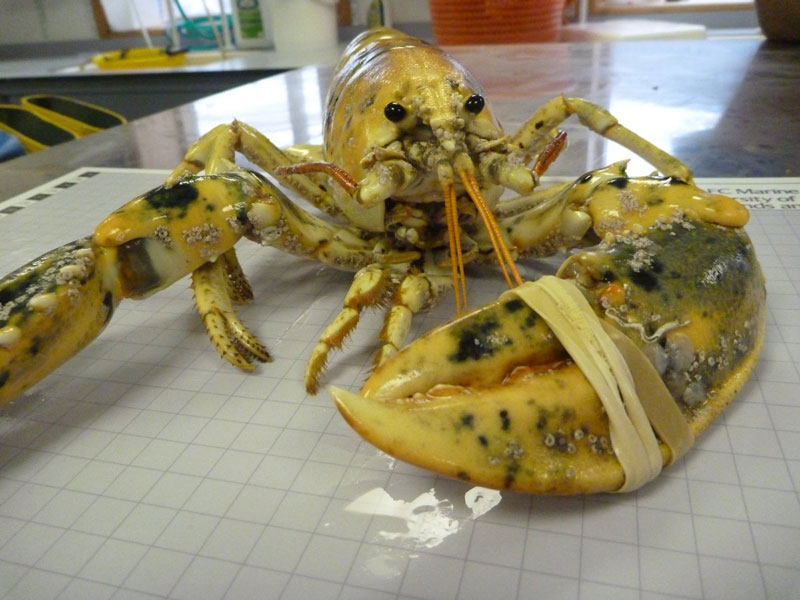 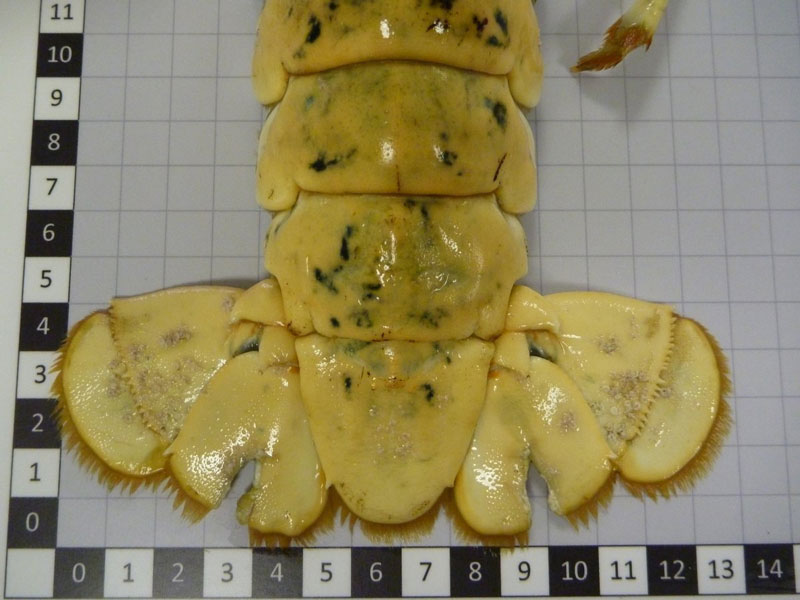 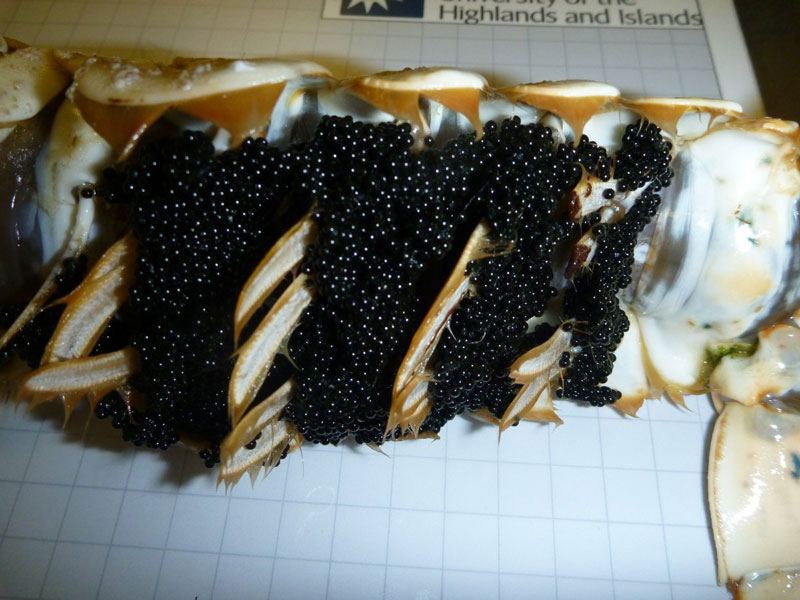 A similarly coloured lobster was caught off the Dorset coast in England just a few days before this specimen, with the chances of catching such a lobster estimated as 'one in a million'.

A completely white albino lobster was also caught off the Dorset coast in December 2011.