This specimen of an Atlantic Chub Mackerel was caught in early January 2014 by the Peterhead fishing boat Quantus (PD 379) while fishing for mackerel close to North Rona.

Until recently, it was thought that a single species of Chub (or Spanish) mackerel was found in all oceans of the world. However, it is now recognised that there are two separate species: the Pacific Chub mackerel (Scomber japonicas) in the Indo-Pacific region; and the Atlantic Chub Mackerel (Scomber colias) in the Atlantic Ocean and neighbouring seas. The Atlantic Chub Mackerel is a coastal species and is most common in warm water areas in the Atlantic Ocean close to the Equator, although it is also found in temperate waters as well as the Mediterranean and as far north as the north of Scotland (where this specimen was caught). 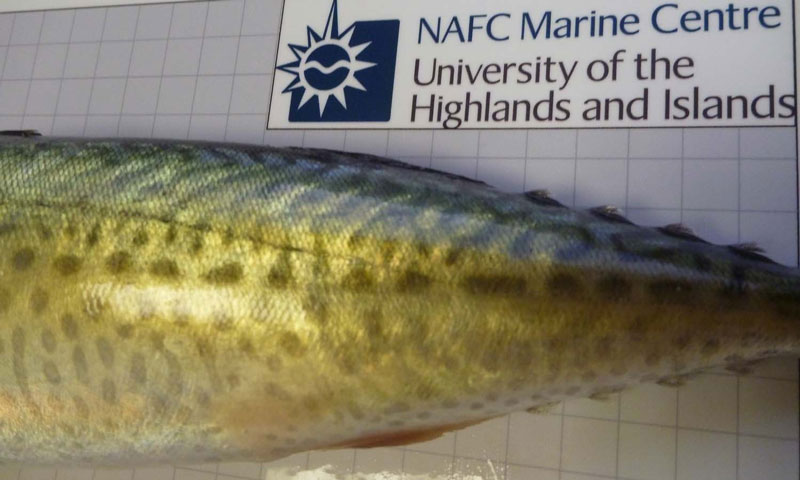 The Atlantic Chub Mackerel has a similar appearance to the Atlantic Mackerel (Scomber scombrus), although it has noticeably larger eyes and a golden-yellow sheen (see photo). The skin pattern is also different, being blue-green with waved markings on top and whitish with dusky spots on the lower half and belly.

This specimen was found amongst a catch of mackerel landed at the Shetland Catch factory in Lerwick on 8th January 2014 by the Peterhead pelagic trawler Quantus (PD 379). It was handed in by Paul Ratter. 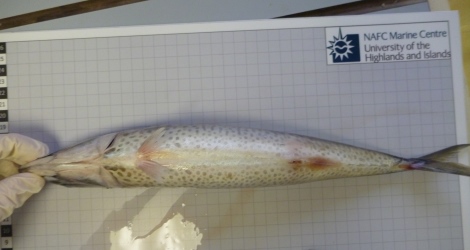 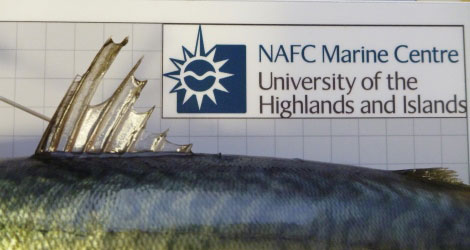