The basking shark is the second largest shark in the sea and the largest found in and around Shetland waters.  They have been reported to grow up to 1500cm in length.

Basking sharks feed on tiny plankton living in the water.  They feed by slowly swimming with their mouths open, which allows large quantities of water to pass over their gills which trap the tiny plankton.  They are seen feeding at the surface but are known to vertically migrate in the water column to unknown depths.

Basking sharks are ovoviviparous (embryos feed off a yolk sac before being born live) and have an estimated gestation period of 12 to 36 months.  It is thought that the mother continues to produce infertile eggs during pregnancy which the embryos can feed on.  This is called embryonic ovophagy.

They are classed by the IUCN as 'Vulnerable' and have a CITES Appendix II listing.

All that was recovered were two sections of the vertebrae: 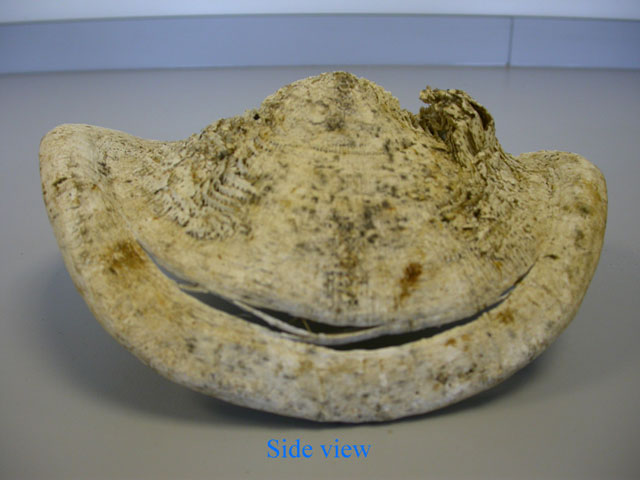