The bogue is distributed throughout the North Sea, round Faroe, Great Britain and south along the coast of Africa to Angola.  Its occurrence around Shetland is low compared with the rest of its distribution.  This is a gregarious fish found on the continental shelf down to 350m but usually within the top 100m of water where it comes to the surface at night.  They feed mainly on crustaceans and plankton and are hermaphroditic. 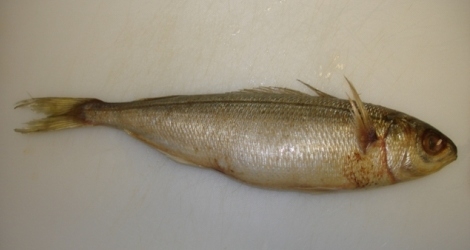 This specimen had a total length of 33cm.