The Bootlace Worm (Lineus longissimus) belongs to the phylum Nemertea, also known as ribbon worms. It is the most frequently recorded nemertean along UK coasts, inhabiting very shallow waters (including rockpools) to deeper sub-littoral areas (less than 25m deep). This specimen was completely black, although they can be brown with lighter stripes running down the length of the body.

The bootlace worm is recognised as one of the longest animals in the world. It is commonly known to grow to a length of 5 to 15m, but has been known to grow to over 30m (longer than a blue whale) – there are even reports of one specimen found in St Andrews measuring over 55m long, however it is possible that the worm could have been stretched to more than its normal length.

Length: approximately 1 to 2m long, although shortened dramatically once fixed in ethanol (as seen in the photographs).

Caught in a creel by Billy Hughes during a commercial velvet crab trip on 28/03/14. 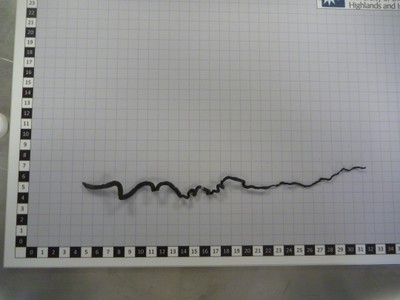 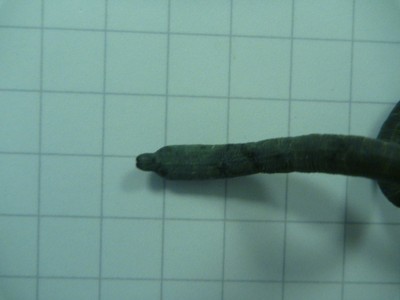 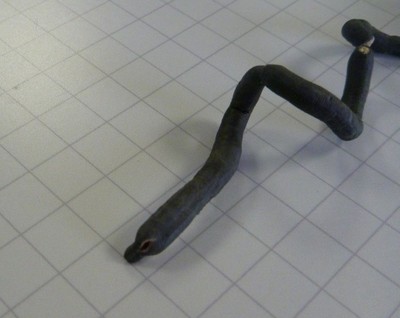