The cuckoo wrasse (Labrus mixtus) is found all round the British coast from just below the water down to 200m. This species has the ability to change sex with males and females having very distinct colouration. Male cuckoo wrasse are highly coloured and easily identifiable. Females lay around 1000 eggs in a nest of algae which is guarded by the male.

They feed on crustaceans, molluscs and small fish and can grow up to 35cm in length. 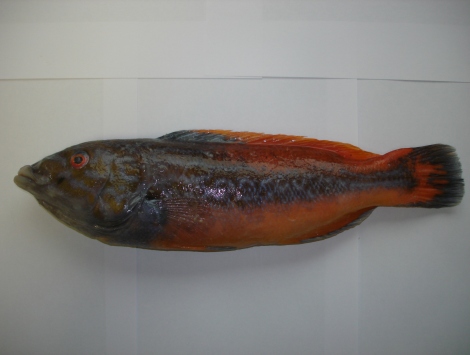 This was a large male cuckoo wrasse measuring 35cm in total length.