This is a long, flattened, deep water fish with a wide distribution in the Atlantic and northern North Sea. This species is found down to depths of 900m but frequents depths nearer the surface during the night.

Dealfish are usually found in the open ocean, occurring mainly in the upper or middle layers. They are rarely caught in demersal trawls. They are typically solitary fish but are occasionally seen in groups.

Dealfish have a long dorsal fin, usually spanning the length of the fish, which is a distinctive red colour. The body is silvery in colour with one to five dark spots along the upper flank. The head is generally small in comparison to the body which can be up to 300cm in length. 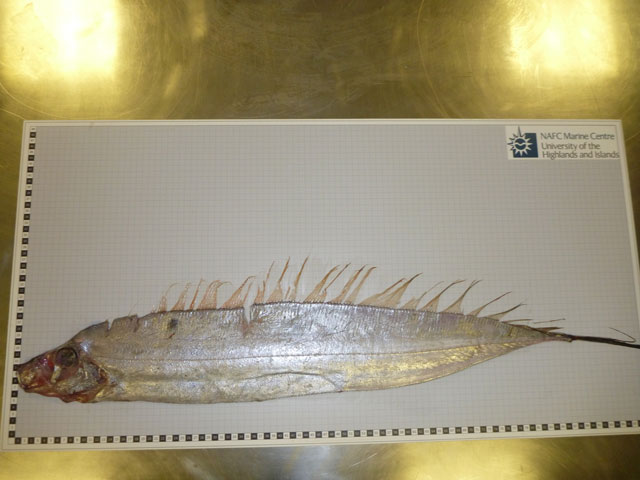 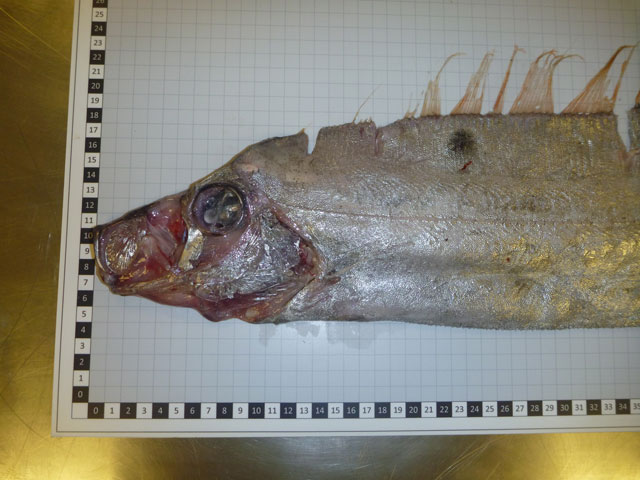 A dealfish was caught by the Guiding Light on 5th March 2014 at a depth of 70 fthm, it was a female specimen which measured 102cm long, 88cm fork length.

A dealfish was caught by the Guiding Light in January 2014, it was a larger female specimen which measured 174cm and weighed 7.45kg.