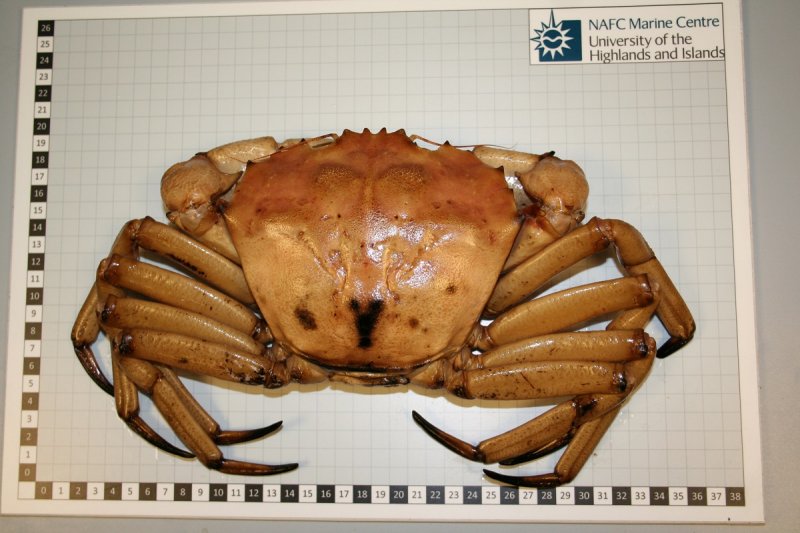 This specimen of a deep water red crab was one of two caught by the Shetland fishing boat Venture (LK 641) in October 2015 while trawling for whitefish about 80 nautical miles west of Scalloway in a depth of about 200 to 240 metres.

Deep sea red crabs are a deep water species, usually found along continental slopes in water depths from 400 to 2000 metres. They are widely distributed in the north Atlantic from Florida to the Faroe Islands and Norway and also occur off West and South Africa, in the South Atlantic and in the Indian Ocean.

The crabs are dull yellowish in colour, with red and brown patches amd generally grow to a maximum size of about 155 mm carapace width. The legs are long and thin with dark brown tips. The claws are moderately stout and slightly unequal in size. The eyes are red in colour and the eyestalks are retractable.

This specimen was one of two caught by the Shetland whitefish trawler Venture (LK 641) in October 2015 while fishing for whitefish with a demersal otter trawl about 80 nautical miles west of Scalloway in water depths from 200 to 240 metres.

Although previously reported from Rockall, these are believed to the first records of this species from Shetland waters.

Specimen 1 (pictured above and below) was a male with a carapce width of 149 mm.

Specimen 2 was a female with a carapce width of 135 mm. 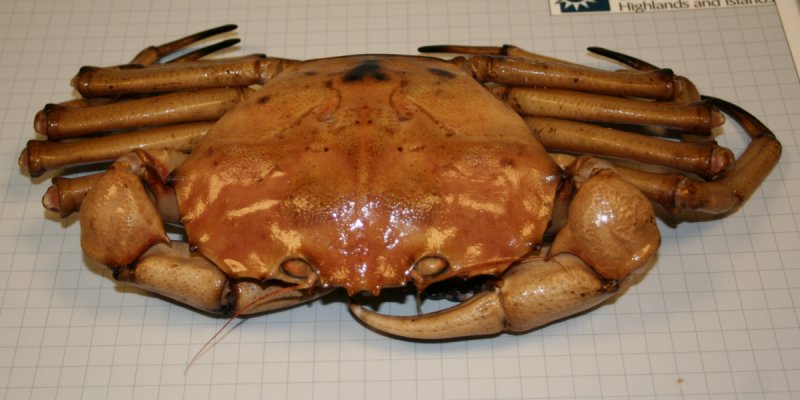