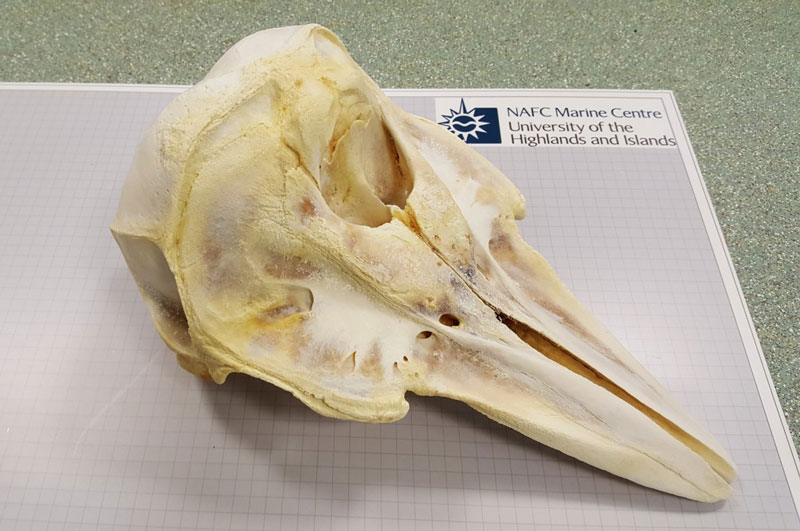 This skull of a White-Beaked Dolphin was found washed ashore in Scalloway Harbour in November 2015 by Staff.

White-beaked dolphins are found in the cold temperate sub-polar waters of the North Atlantic Ocean, but are rarely seen south of the UK. They have a thick body and grow up to 3 metres long, with a weight of up to 350 kg. As their name suggests, white-beaked dolphins usually have a white 'beak' (or snout), although some individuals have a grey or black beak.

White-beaked dolphins are fast and powerful swimmers and are usually found in pods of between 5 and 50 individuals, although they have occasionally been seen in groups of several hundreds to thousands of individuals. They often mingle with Atlantic white-sided and bottlenose dolphins while feeding. Their main food is fish, ranging from sandeels and herring to larger species including cod, whiting and haddock, but they are also known to eat molluscs, squid, octopus and some crustaceans.

This skull was found on a beach in Scalloway harbour in an advanced state of decomposition. Most of the flesh had rotted away and all of the teeth and most of the lower jaw were missing. 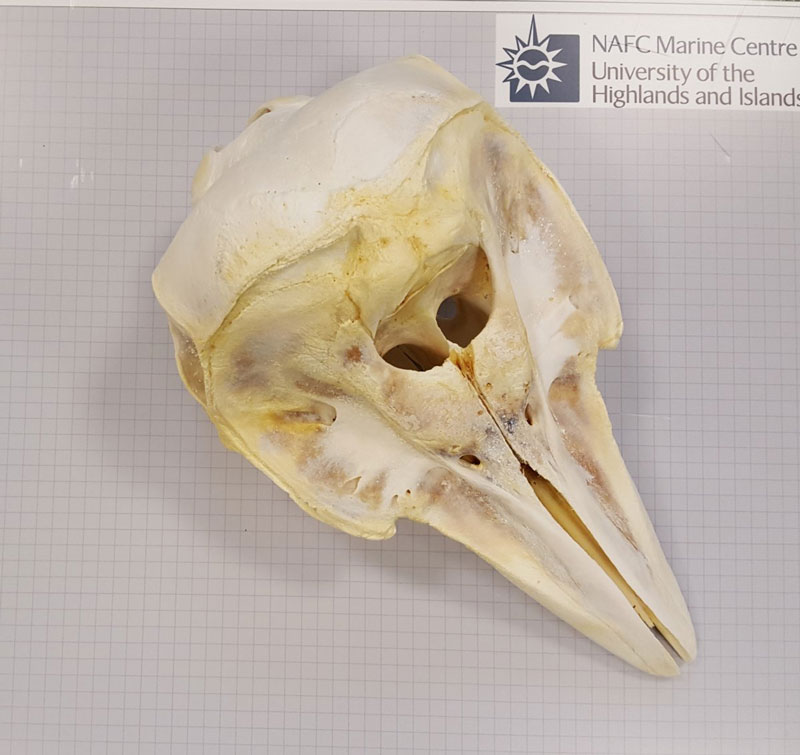