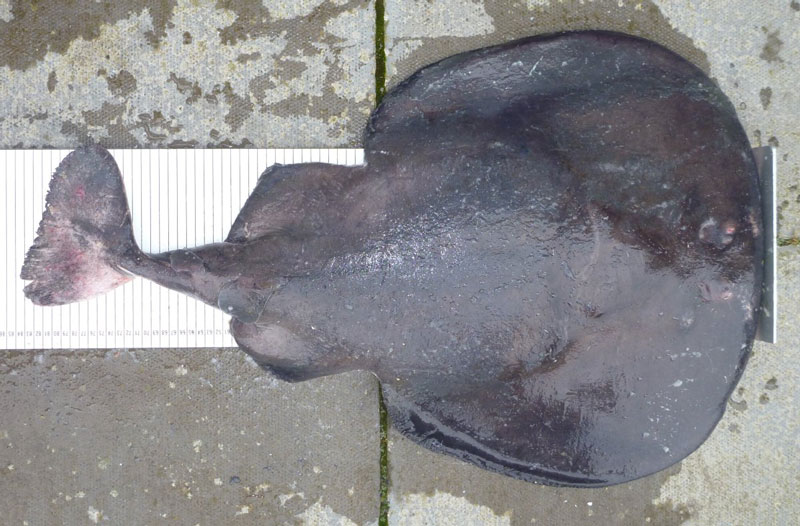 This specimen of an Electric Ray was caught in August 2012 by the Shetland scallop fishing boat Braveheart (LK 946) while fishing for scallops in St Magnus Bay. Two other specimens have been caught since then (see below).

Electric Rays - also sometimes called Torpedo Rays - are found throughout the Atlantic Ocean, from Scotland and Canada to Brazil and South Africa, usually at depths down to about 150 metres.

They have an almost circular fin disc and a strong, and well-developed triangular tail. Unlike other rays, Electric Rays are active swimmers and often swim in mid-water or near the surface where they feed mainly on other fish.

The most distinctive feature of the Electric Ray are the large electric organs either side of its head which can deliver an electric shock of up to 220 volts. These shocks are used both to stun prey and for defence and can be severe and painful (though usually not fatal) to humans.

Shetland is about the northern limit of the Electric Ray’s distribution. They are rarely caught around the islands, with about a dozen specimens recorded in the last 50 years, the last one in 1997.

1) This Electric Ray (see photos) was caught (in a scallop dredge) by the scallop fishing vessel Braveheart in about 80 metres of water in St. Magnus Bay (60° 22’ N, 1° 39’ W). It was a female and 85 cm long. Dissection revealed nothing identifiable in its stomach and no juveniles (Electric Rays give birth to live young). 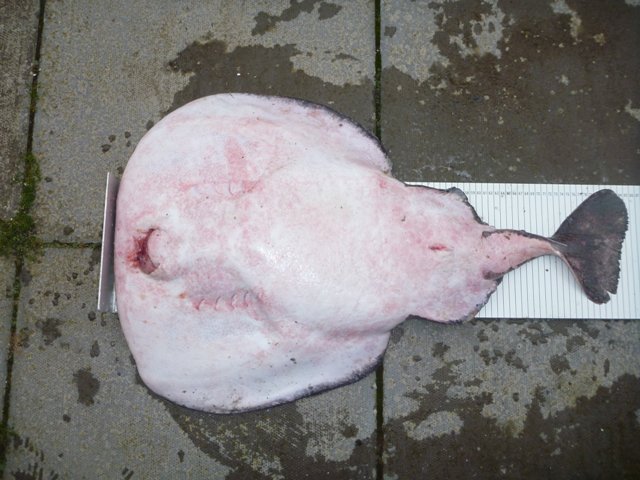 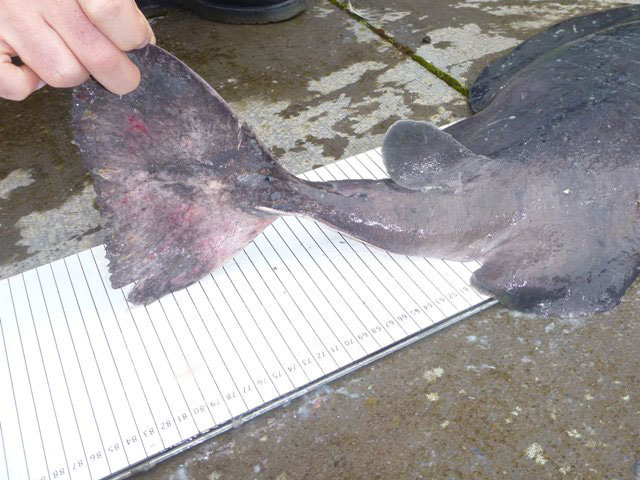 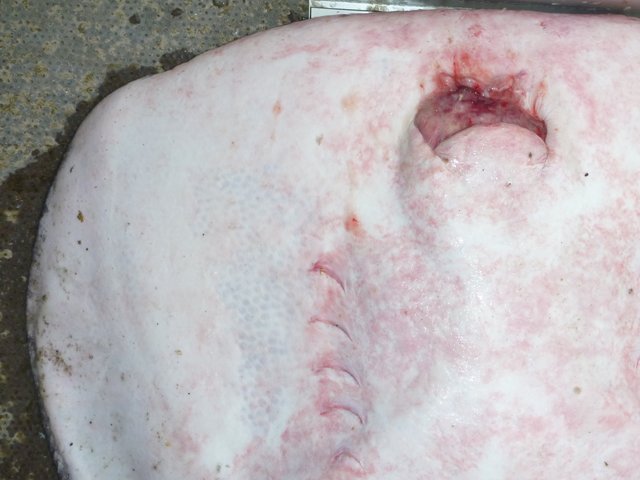 Close up of ventral (lower) side showing the mouth, gill slits and the electric organ (honeycomb pattern of dark spots to the left of the gill slits).