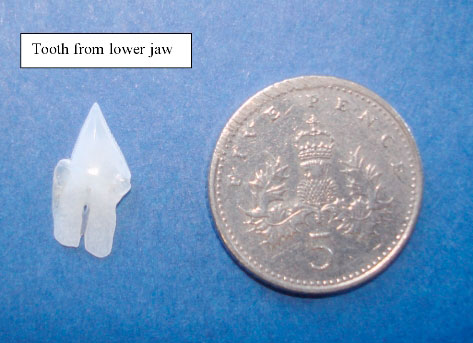 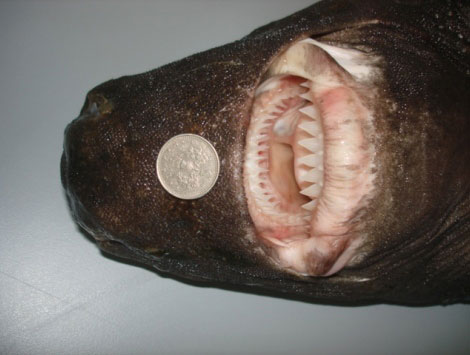 Kitefin sharks are ovoviviparous (baby sharks grow and develop inside an egg which the mother keeps inside her until they are ready to be born) and give birth to between 10 and 16 young measuring about 30 cm in length. These sharks have a wide ranging diet which includes various fish species, cephalopods (squid and octopus), crustaceans (e.g. lobsters), and other shark species.

There is no current commercial interest in this species in Scotland; although a fishery was present in Portugal, targeting the liver oil of the shark, before it collapsed in the late 1990s.

The kitefin shark, caught by the Prolific, was a mature male of 1.2 m total length weighing 8.5 kg. The bi-lobed liver weighed 2.2 kg (26% of the body weight) and the stomach contents weighed 0.3 kg. Stomach contents consisted mostly of a yellow liquid but one large piece of fish, possibly hake (Merluccius merluccius), was also found. 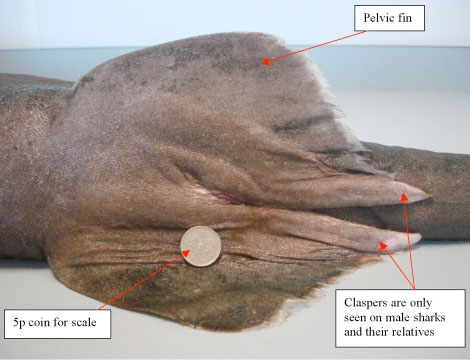 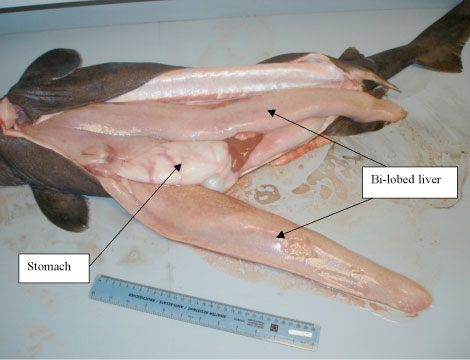 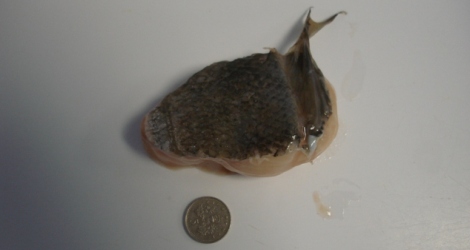