Ostrea edulis is a flat oyster native to Europe, distributed along the western coast from Norway to Morocco, in the Mediterranean Basin, and into the Black Sea. It was introduced in eastern North America in the 1940s and 1950s.

O.edulis can grow greater than 200 mm and can live longer than 20 years. O.edulis are protandric hermaphrodites, changing sexes during a single season. The shell has a hooked beak where the two shells join and is either oval or pear shaped with a rough scaly surface. No teeth are found on the hinge. The two valves of the shell are different shapes and inequivalve, with one being cupped and cemented to the substrate and the other flat, forming a lid. The shell is off-white, yellowish or cream in colour with brown or bluish concentric bands on the right valve.

The MFV Fidelitas caught a large native oyster whilst trawling 27 miles SSE of Bressay. It was caught at around 120 m, which is deeper than would be expected for this species which is usually found at 80 m. It measured 201 mm across and weighed just over a kilogram.

This is possibly the largest oyster ever found in the UK, with the previous record measuring 178 mm and weighing 1.3 kg caught in Cornwall in 2009. Although it was not possible to accurately age the shell, it is possible that this individual could have been live for decades as has been previously recorded. The largest oyster ever recorded was in Chesapeake Bay, USA and was greater than 300 mm across. 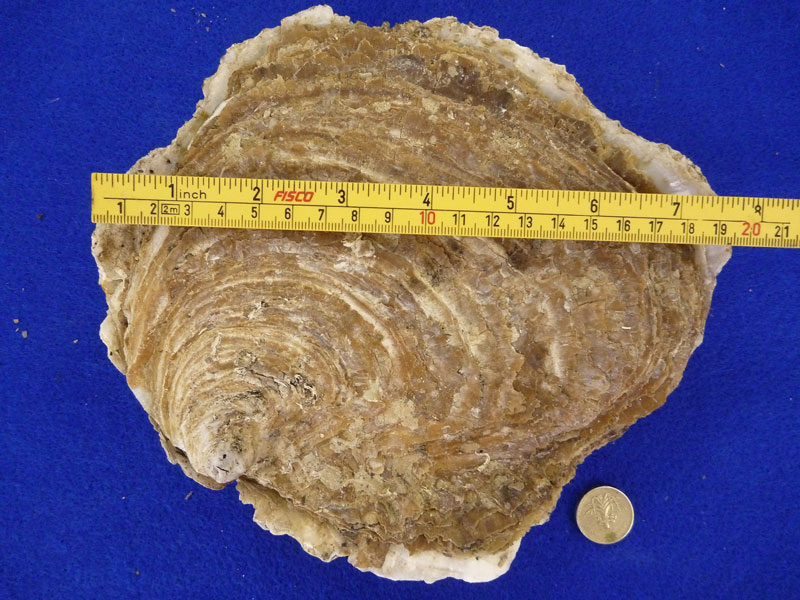 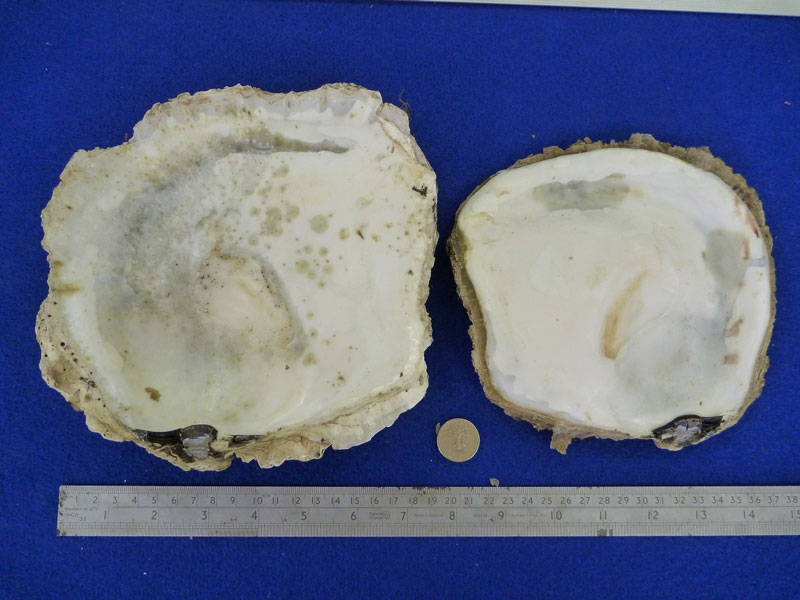