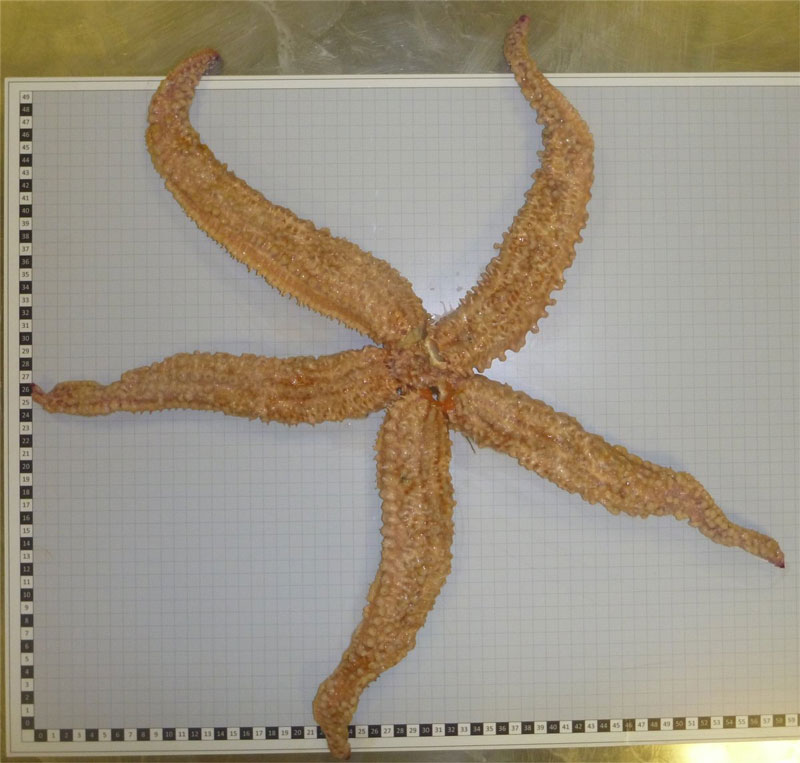 This specimen of a Spiny Starfish was caught by two local sea anglers in Tofts Voe, on the south side of Yell Sound, on 7th May 2016.

Marthasterias glacialis is a large species of sea star with five arms. They grow up to 70 cm across, although more typically reaching a size of around 35 cm across. Their colour can vary from yellow to orange to brown to grey, although the tips of each arm are usually purple.

As the name suggests, the species possesses spines, which are arranged in three longitudinal rows along each arm, often with smaller spines in between. Each spine is white, often with purple colouration, and surrounded by cushion-like pedicellariae (see pictures below).

Spiny starfish can be found on muddy and rocky substrates down to a depth of 200 metres in the eastern Atlantic, from Iceland to the Mediterranean. The species is found on the western coasts of the UK, but is notably absent from the east coast of Scotland and England. It is a predatory species, feeding mainly on bivalves and other invertebrates.

This specimen was caught with a hook and line in Tofts Voe on 7th May 2016. It measured approximately 60 cm across.

A previous specimen was caught off Shetland in October 2012 which measured 41 cm across. 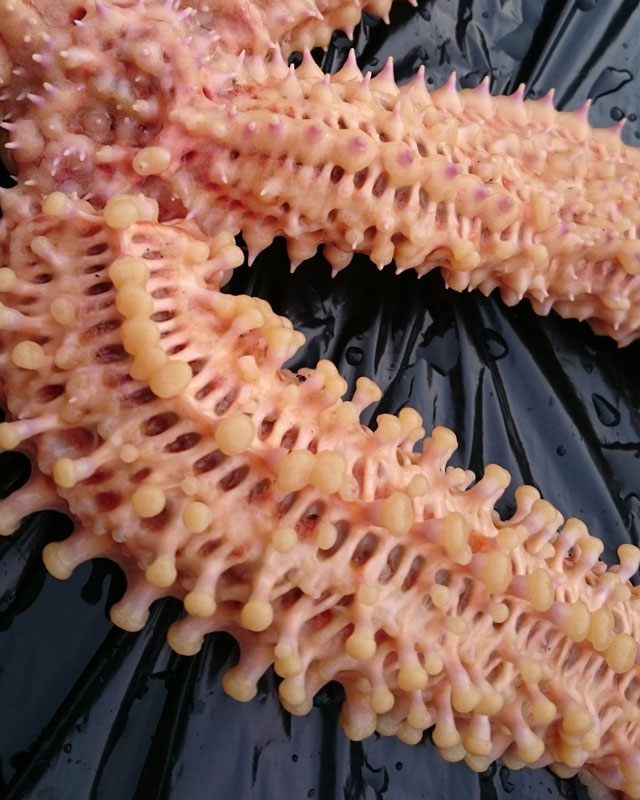 Close up of two arms of the May 2016 specimen (pictured above). The spines are clearly visible on the upper arm, surrounded by the yellow cushion-like pedicellariae. On the lower arm the spines have retracted into the pedicellariae, which appear as yellow 'knobs'. 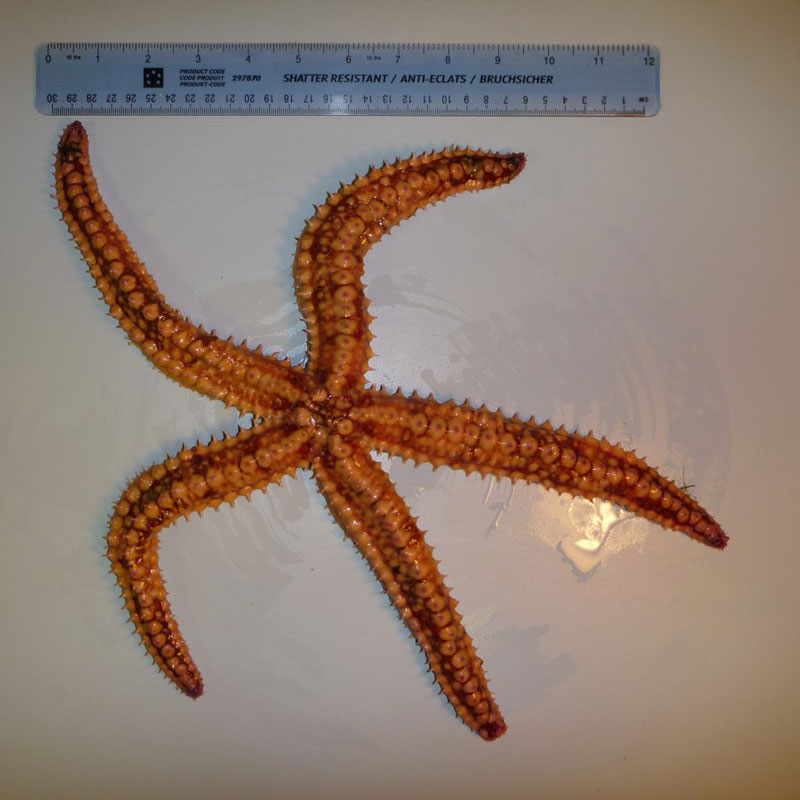 The October 2012 specimen. The spines are and surrounding cushion-like pedicellariae are visible.