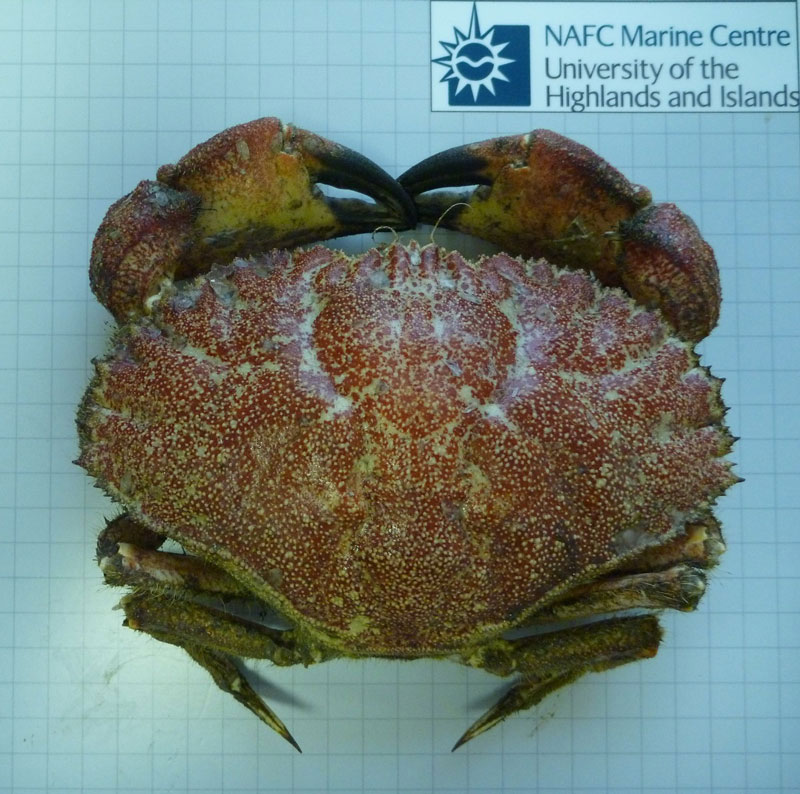 This specimen of a Toothed Rock Crab was caught by the Shetland fishing boat Venture in October 2013 (LK 641) while she was trawling north of Shetland.

The toothed rock crab is one of only two British Cancer species and is closely related to the more common brown crab (Cancer pagurus). It shows similar features to the brown crab with a broad oval-shaped carapace and black tips to the claws. The toothed rock crab however has rows of small serrated teeth around the edge of the carapace and the pale brown shell is spotted with red. Individuals normally grow to about 130mm carapace width.

Toothed rock crabs are found at depths ranging from 50 to over 700 metres. Its distribution ranges from the south coast of Iceland to Morocco. It is more abundant in its southern range in the Canary Islands and the Azores and is less common further north. Individuals have been seen around the west coast of the British Isles but are uncommon. One study has noted that all specimens discovered north of Brittany were male and thought to have migrated from southern areas.

The specimen pictured here was caught by the fishing boat Venture (LK 641) on 28th October 2013 while trawling north of Muckle Flugga at a depth of 110 metres. It was discovered by Ivor Moffat.

The specimen was male and had a carapace width of 157 mm, slightly larger than the described maximum size. 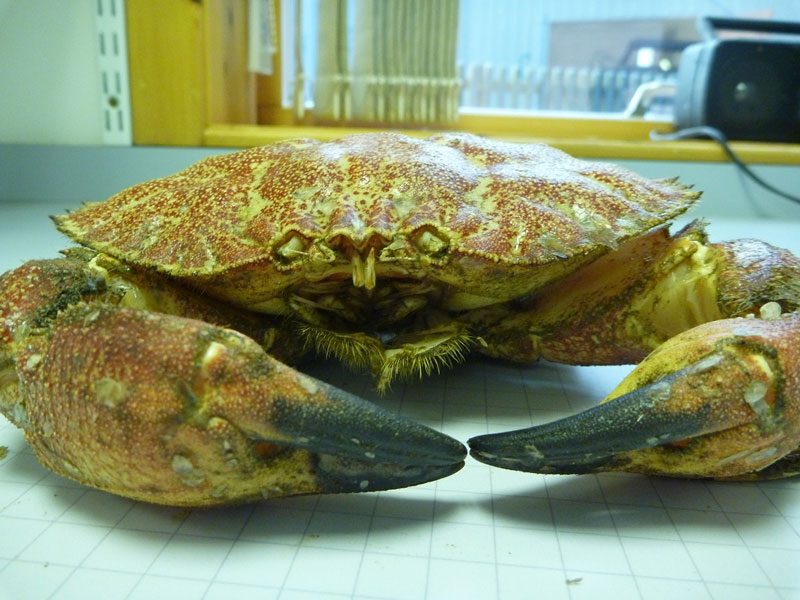