The violet stingray, also known as the pelagic or blue stingray, is common and widespread in tropical and warm temperate waters of the Indian, Pacific, and Atlantic Oceans from the surface down to 381 m.  Historical records show nine previous recordings in the north-eastern Atlantic, two of which were in the central North Sea.  This species can be found on the bottom but is mostly pelagic with a diet of jellyfish, squid, fish, and small crustaceans.  Reproduction is ovoviviparous (females incubate eggs internally and give birth to live young, rather than laying ‘mermaids purses’ as is the case in many other skates and rays).

Identifying features include;plain dark colouration on both the dorsal (upper) and ventral (lower) surfaces, a membranous fold of skin on the underside of the tail underneath the spine, and a short snout which only protrudes slightly from the front margin of the animal.  The disc lacks thorns and the eyes do not protrude. 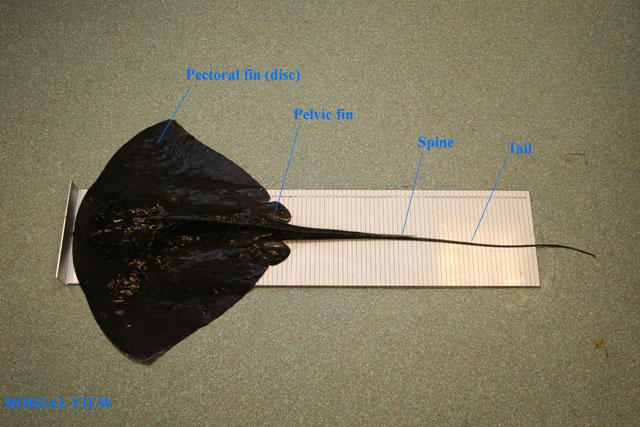 The specimen caught by the Guardian Angell in Yell Sound was a female which measured 55 cm across the disc, with a disc length of 47 cm. The total length was 112 cm but the end of the tail was missing.  As far as can be determined, this is the farthest north recording of this species. 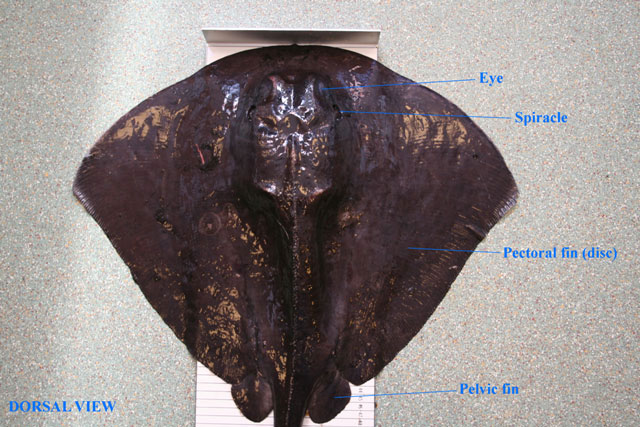 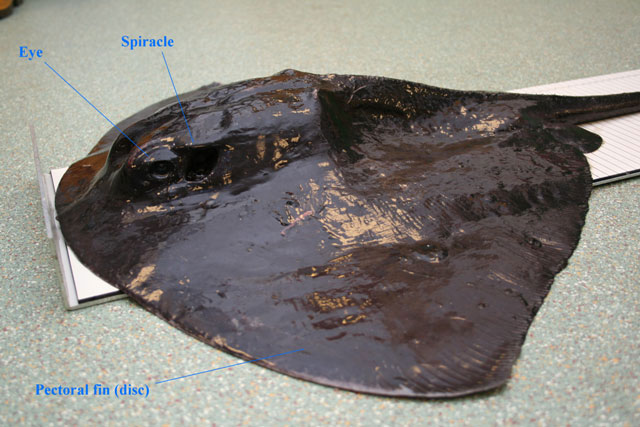 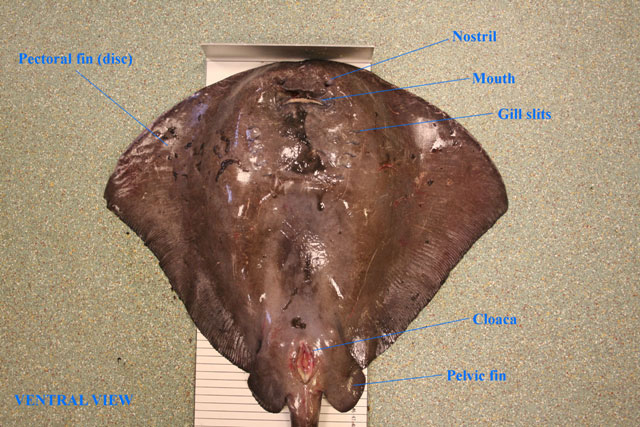 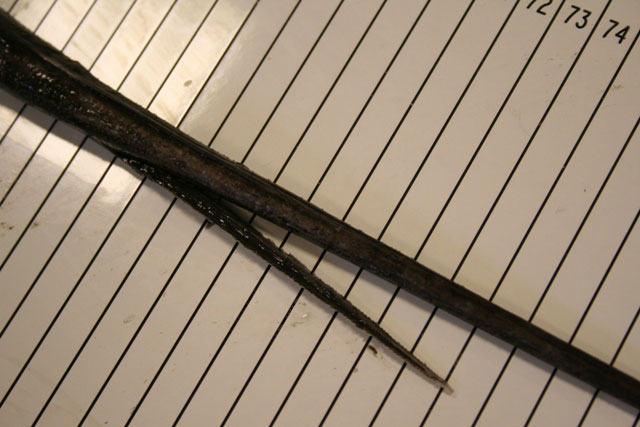